Since I have been back in the UK, I have gone out to eat with my boyfriend and with groups of friends as well. This past weekend me and five of my other course mates spent a very lovely evening together.

We started off going to the Odeon which is the most popular theater here in the UK. We saw the film, Les Miserables. I had seen the show when I was very young, and according to my mother was very bored… Looks like not much has changed. The film had great acting and was well filmed, however, it dragged and got quite boring. We were in the cinema for 3 hours all together and we were all ready for it to be over, I did not shed one tear and all of the film consisted of singing… it was a bit much.

Once the film was over we were all very hungry and eager to get some food in our systems. We headed to the popular chain, Bella Italia. I had dined there a few times before and the best way I can describe it relatively cheap but good Italian food. I decided to get the dish called ‘Marco Polo.” It was tube pasta with an ‘aromatic plum sauce’ as they describe it on the menu, with shredded duck, mushrooms and spring onions. I generally love food with a hint of sweetness which is why I was automatically drawn to this dish especially since I had never tried it.

It was not bad and for Europe it was a hefty portion size. I could not finish it, even though it was good, my taste buds could only handle so much sweetness. It got to be a bit much halfway through the dish, but I still enjoyed it.

Everyone at the table seemed to enjoy their meals, except for one girl who ordered some type of chicken sandwich, she was not impressed.

For desert, one of the girls, Boryana, had been talking about cheesecake all night, so she decided to order a cheesecake all to herself. Me and my friend Duong were going to split the cookie lava cake, it sounded absolutely amazing and my mouth was watering waiting for it. A few minutes after ordering the waitress came and said they were out of that desert. I was not happy, and decided not to order anything. Duong ended up geting the tiramisu.

I tried some of the cheesecake and some of the tiramisu, I was not highly impressed with either. They were okay, but not great.

Overall it was a good night, and due to all of the snow, I was not to keen on having to try to find my way home to Wembley, I knew it would probably take a couple of hours, and since my boyfriend lives in central London he was oh so sweet to let me stay with him. I enjoyed the company I was with and it was overall a good evening. The particular Bella Italia that I went to was near Bayswater tube station. But there are Bella Italia’s scattered all over London. If you are looking for cheap and decent Italian food, this is definitely a good place.

Welcome to my Blog! #foodieforlife 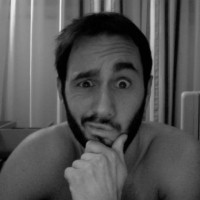 News you can use. News with a bit of views.

Here for your entertainment...

trials and tribes through the eyes of some guy

Walk and dream with me in this beautiful world

Corruption, Politics and The Balkans

This WordPress.com site is about expressing views about corruption and politics

From Siberia to London

London diary of a Russian student. One year abroad with the family

This WordPress.com site is the cat’s pajamas

Muesli: /ˈm(j)uːzli/﻿ ▶ a mixture of oats and other cereals, dried fruit, and nuts, typically eaten with milk at breakfast...

From one food lover to another

The latest news on WordPress.com and the WordPress community.